AANS on the Web

You are not connected. Please login or register 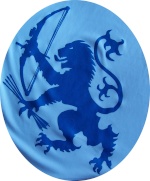 I have recently come into possession of an entire crate of provincial trophies from the 80s and early 90s. It appears that every category in Target, Field and 3D archery had an individual plaque, which recorded the names and scores of the provincial champions each year. Ive been competing since 2006 and have never seen more than four provincial trophies: Indoor Shooter of the Year, Indoor Team of the Year and the two Bruce Scott Challenge awards.

Ive often heard that archery shoots were heavily attended in the 70s and 80s with over one hundred shooters at some tournaments. This year, at the Outdoor Atlantic Target Championships, there were just three shooters. Its astonishing to see the legacy archery has lost in Nova Scotia and how quickly it was forgotten. Id love to see even half of that enthusiasm return to our sport. Its a crime to have lost it in the first place.

To that end, Id like to make this appeal to all the clubs and archers of Nova Scotia: if you know of provincial archery trophies that are languishing on walls or in closets, please consider sending them back to me for continued use by AANS. Im particularly interested in those awards that say AANS Provincial Championship. These arent just dust catchers but artifacts of a long legacy of excellence in our sport. Thats a place I hope we will return to.

If you find any of these items, please let me know so I can arrange their return to regular use. I prefer to be contacted by email (tall@ns.sympatico.ca) but, in a pinch, I can be reached by phone at 492-1617.

I'm sure you're piano is in no danger of being lonely. So long as they turn up, engraved, before the next outdoor provincials, all is good. Thanks for letting me know as I can put them on my list. That's two less trophies I need to find to restore our sport to it's former glory.
Sponsored content